How Much Does Permanent Makeup Removal Cost?

Even though opting for a permanent makeup solution is a huge hit nowadays, with more and more people jumping on the bandwagon, the option of permanent makeup removal is also very popular. After all, it’s always good to have an option what to do if you’re not satisfied with your current look or you want to change your style.

However, just like it’s the case with any other permanent makeup solution, the prices vary on this one. It’s very important not to try and save money as higher prices are very often justified.

If you are interested in this procedure details, as well as what permanent makeup removal cost is, take a look at this guide.

Can Permanent Makeup Be Removed?

Most of the permanent makeup procedures that patients opt for are not completely permanent, even though the name suggests that. The point is in the ink, which sometimes stays in the body forever, but it fades over time.

Just like it’s the case with regular tattoos, though, removing permanent makeup is definitely possible, but it might require some time. The permanent makeup options typically last from one to three years, depending on the actual artist who performs the work.

Want to find out more about permanent makeup removal? Follow the links:

PMU Removal Before and After

What are the Ways that Permanent Makeup Can Be Removed?

There are several different ways in which permanent makeup can be removed, and each of them has a different cost. All of these ways are for reducing, that is “lightening” the pigment molecules from the skin, and all methods can be considered under different circumstances.

The first option is the topical option, which is using different lotions and creams to get rid of the pigment. This option is not very effective though, especially because the permanent makeup tattoo should be under six months old.

There are many different variations of this treatment, and each one is performed by a trained permanent makeup artist. The most popular way is with the salt-saline technique, which is perhaps the most effective non-laser PMU solution. The procedure resembles the actual tattooing procedure – where a bonding agent (salt and saline) is tattooed directly on top of any unwanted pigment or ink. This starts the process of the ink being drawn from the skin. One such session is equivalent to approximately two months of topical exfoliation.

Dermabrasion is a popular treatment whose main goal is to improve the appearance of the skin. This is basically an exfoliating technique that uses a rotating instrument and removes the out layers of the skin.

The most widely accepted treatment for removing pigment from the skin is the laser, just like it’s the case with regular tattoos. Due to the fact that there is a higher risk concentration, treating a tattoo that’s less than six months old is not recommended. This is because the patient will require more laser sessions and the laser will react more violently (as it’s more attracted to the ink molecules). 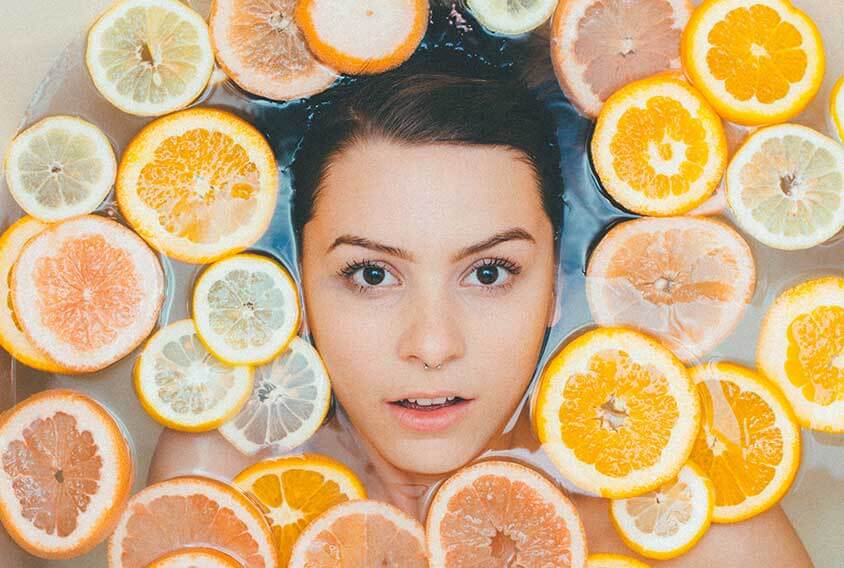 Photo by Noah Buscher on Unsplash

What Types of PMU Removal are there?

Depending on the face or body area you wish to remove permanent makeup from, procedures can be divided in the following groups:

Removing the permanent eyeliner is perhaps the most complicated PMU procedure. Only a handful of practitioners are competent for this procedure, so it’s very important to know where you’re going for a removal.

The cornea must always be protected using corneal protective shields of the correct size, and these are inserted under the eyelids. The laser must also be used on the lowest possible setting, and the least amount of power output.

Scroll down to see the permanent eyeliner removal cost.

In this procedure, the practitioner gently creates an opening in the skin, which is just enough for the removal solution to penetrate and do its magic. The solution is then applied and it slowly begins to pull the pigment out of the tattoo.

The skin will eventually create scabs in the healing process, which will actually absorb more pigment and will therefore aid in the removal of the pigment in a week or so.

Scroll down to see the permanent eyebrow removal cost.

The case with the removal of the lip tattoo is a bit more different, mostly because of the titanium dioxide. This metal powder, colored white, is very often used as a good base for the lip permanent makeup as it creates a good base, making the color stand out more. Once the laser interacts with the metal, it shifts it back to its original color, which is dark grey. The patient might need several procedures after the first one.

Scroll down to see the permanent lip removal cost.

There are certain risks here though, especially for people who have darker skin. They could experience hypopigmentation or hyperpigmentation. Even though there are other things that can help in reducing the pigment of the scalp micropigmentation, the laser is the most effective one.

Scroll down to see the permanent lip removal cost.

How Much Does Permanent Makeup Removal Cost in the USA?

The price of permanent makeup removal varies to a certain extent. However, it’s important to know that higher prices are often justified. The key is the value, so it’s always crucial to choose an artist who is experienced and who knows what he’s doing.

Here is given the table of different areas for permanent makeup removal and the benchmark prices of each.

What’s Included in the Price?

Apart from the actual procedure, the initial consultation with the practitioner is most often included in the price. Bear in mind that the prices shown in the upper table are per session, and sometimes more than one session is needed, which can make the total PMU removal cost higher. This means that the touch-up sessions are not included in the original price.

PMUHub tip: The best idea would be to ask the artist about all the information that you need to have beforehand.

How to Choose the Best Practitioner Based on the Price?

First try to find good salons and places where you can get great service for what you pay for, and compare their prices. This is definitely not a small investment, so you would want to be extra careful. Bear in mind that lower prices usually mean low quality, so it’s crucial not to try and save money on this.

Choosing the right person for the procedure of the permanent makeup correction is perhaps the most important thing here, as this choice can either make or break your final look. Try to find practitioners who are certified, even though they will charge more of those who are not.

Also, always check the work of the practitioner you want to go to before scheduling your initial appointment. Take a look at their before and after photographs, read their reviews and only contact them once you’re sure that you can trust them. You don’t want to end up botched for the next couple of years.

There are number of reasons why people opt for permanent makeup removal. Some wish to reduce changing pigment or shape due to a poor treatment quality, while others simply wish a different style of the PMU procedure. Whatever the reason is, it is highly advisable to consult with a trustworthy and experienced professional first. He or she will imply which removal method to choose, the one that is the most suitable and efficient for your particular situation and area treated.

When permanent makeup removal cost is considered, do your homework first! Thoroughly explore your options and be aware of the lower prices that in most cases, when something delicate as removal is considered, mean poor quality and potential complications and health risks.

Fresh news & updates from a PMU community in your inbox

Why PMU Before and After Images are Crucial and How to Create Them?
2021 Permanent Makeup Pigments Guide: the Story Behind Pigments
PMUHub x SEMRail: The Importance of Branding in PMU Industry
Pros and Cons of Permanent Makeup: Eyes, Lips & Brows
Best Apps For PMU Business: Bookings, Forms, Photo Editing

Get trends and latest stories, products reveals and expert advice on everything PMU related, and more!