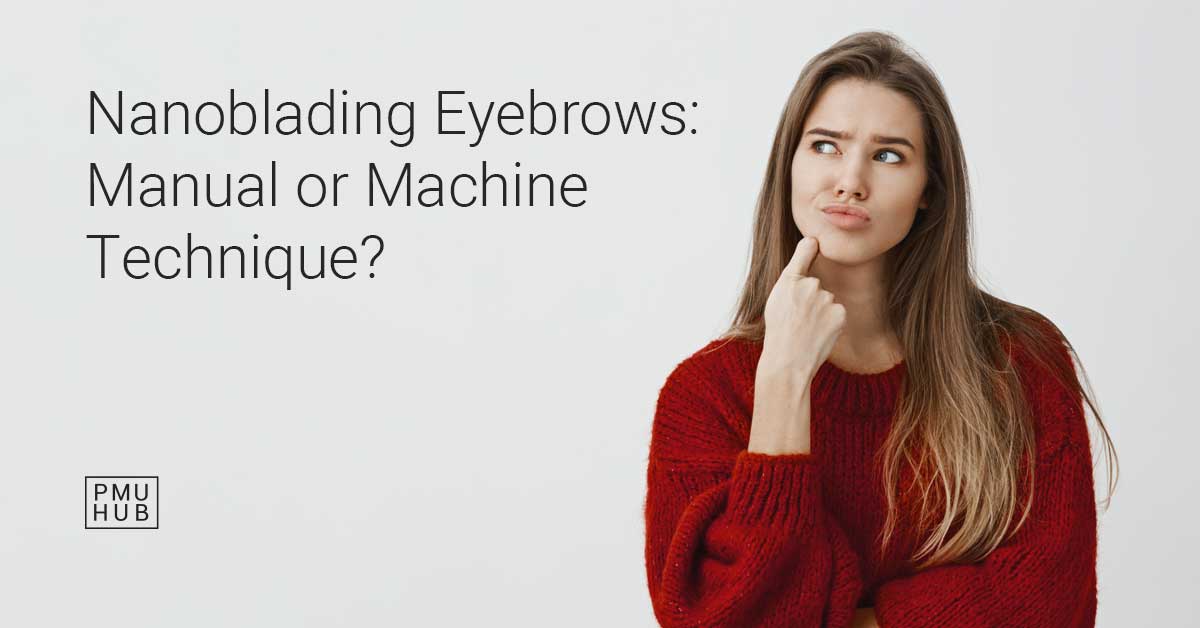 With the PMU industry evolving so fast, new or allegedly new treatments seem to be popping up all the time. At some point, nanoblading eyebrows became a very popular service many artists started offering.

It was advertised as a revolutionary PMU treatment, the new generation of microblading, and as microblading but better. Can’t believe it’s not microblading! But when asked how they do nanoblading, artists give different answers. Some say it’s a machine technique, others claim it’s done manually.

PMU is notorious for confusing treatment names and artists aren’t always on the same page when it comes to naming their services. So let’s try and explain all the versions of nanoblading eyebrows.

A treatment that’s gained huge popularity in the past year or so, nanoblading is a form of permanent makeup for eyebrows that gives an enhancement which lasts up to 2 years without washing off or smudging.

A spin-off on microblading, nanoblading eyebrows means so-called strokes into the brow arches, between the natural hairs. They are made by depositing color in the form of PMU pigments into the surface layers of the skin – the upper dermis layer, to be precise. The strokes blend with natural hairs and give a very subtle but effective enhancement.

The results of nanoblading are very realistic, as the strokes made are extremely thin. 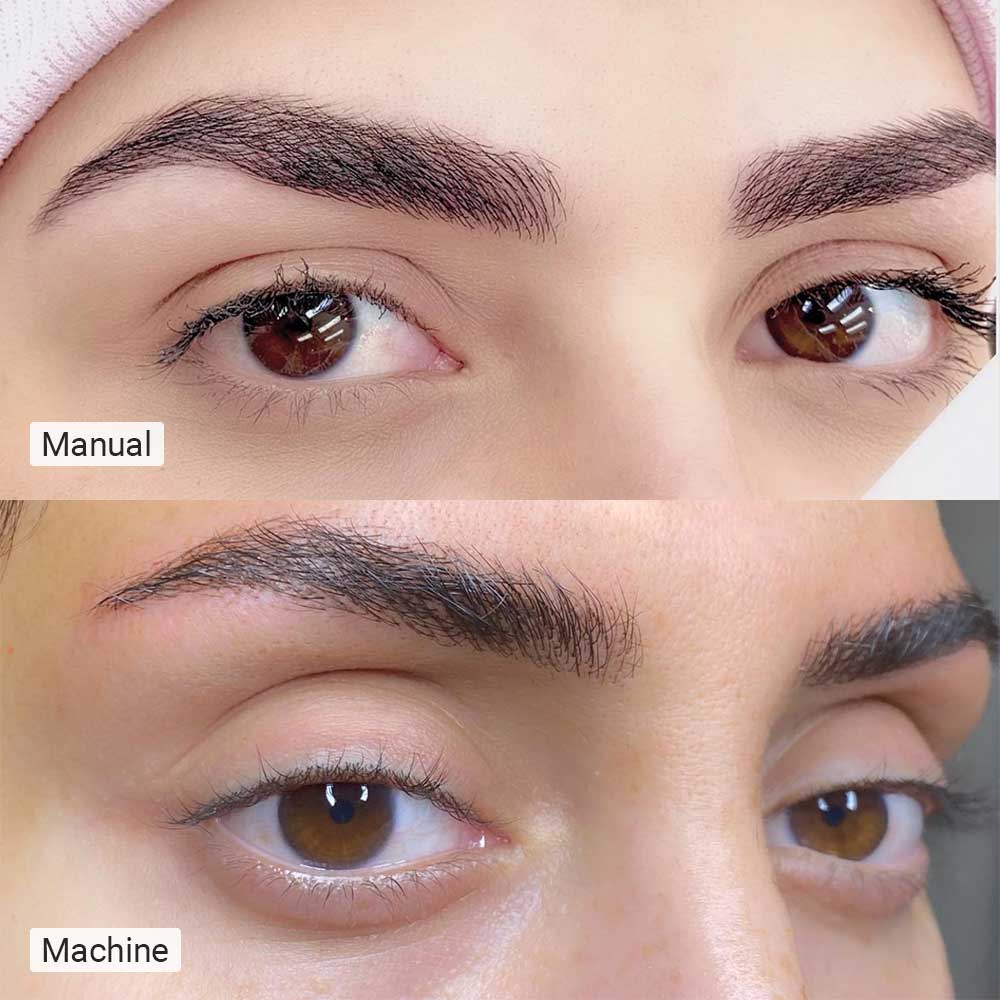 Some time ago, a new generation of microblading tools appeared on the market – an extremely thin blade, so much thinner than anything that was made before it could no longer be called “micro”. To illustrate the improvement, manufacturers branded it as a nano blade.

When artists started trying out this blade, they noticed that it enabled them to create strokes so thin they looked much more delicate than microblading with a thicker blade. They felt that the difference was significant enough to brand this service something different – nanoblading eyebrows.

So, according to some artists, nanoblading is just microblading with a very thin blade. 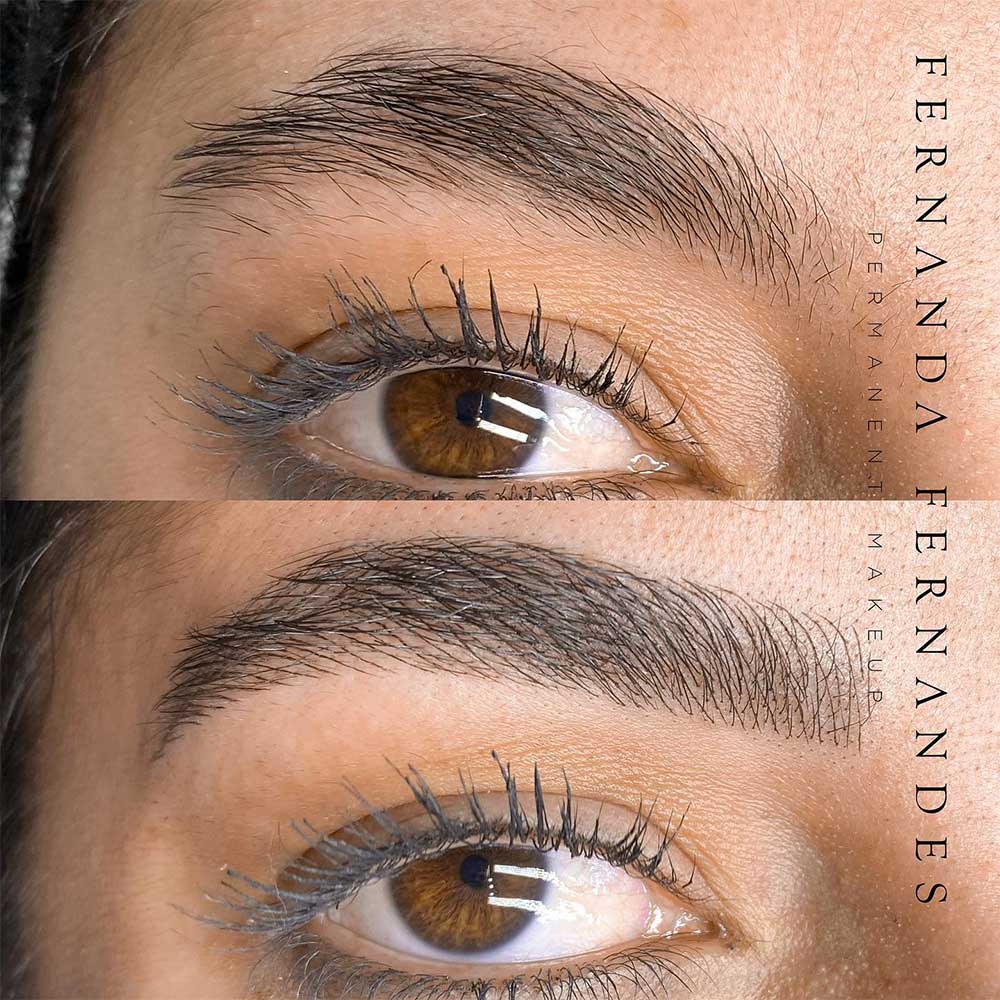 How Is It Different from Microblading?

The technique of manual nanoblading is exactly the same as with traditional microblading, and the pigments are deposited into the skin in the exact same way.

The strokes made with such a thin blade are very, well, thin. They look very fine and delicate, allowing for a hyper realistic, ultra precise look, with strokes spaced further apart, creating a particularly fluffy look.

The longevity of manual nanoblading is about the same as regular microblading – around 18 months for most clients. The advantage of thinner strokes is the minimal risk of blurring, since the precision of pigment implementation diminishes the chance of pigment migrations.

They will fade much faster from oily skin, though, just like traditional microblading.

The other portion of artists who do nanoblading eyebrows actually do digital hair strokes. They perform the treatment with a PMU machine, which has a needle that pierces the skin in tiny little dots that add up to a hair stroke.

Although it’s called nanoblading, there are no blades involved, it’s all machine work.

The other, more common name for this service is nano brows, a term that should be favored, since everyone agrees on what nano brows are and there’s no confusion around them. 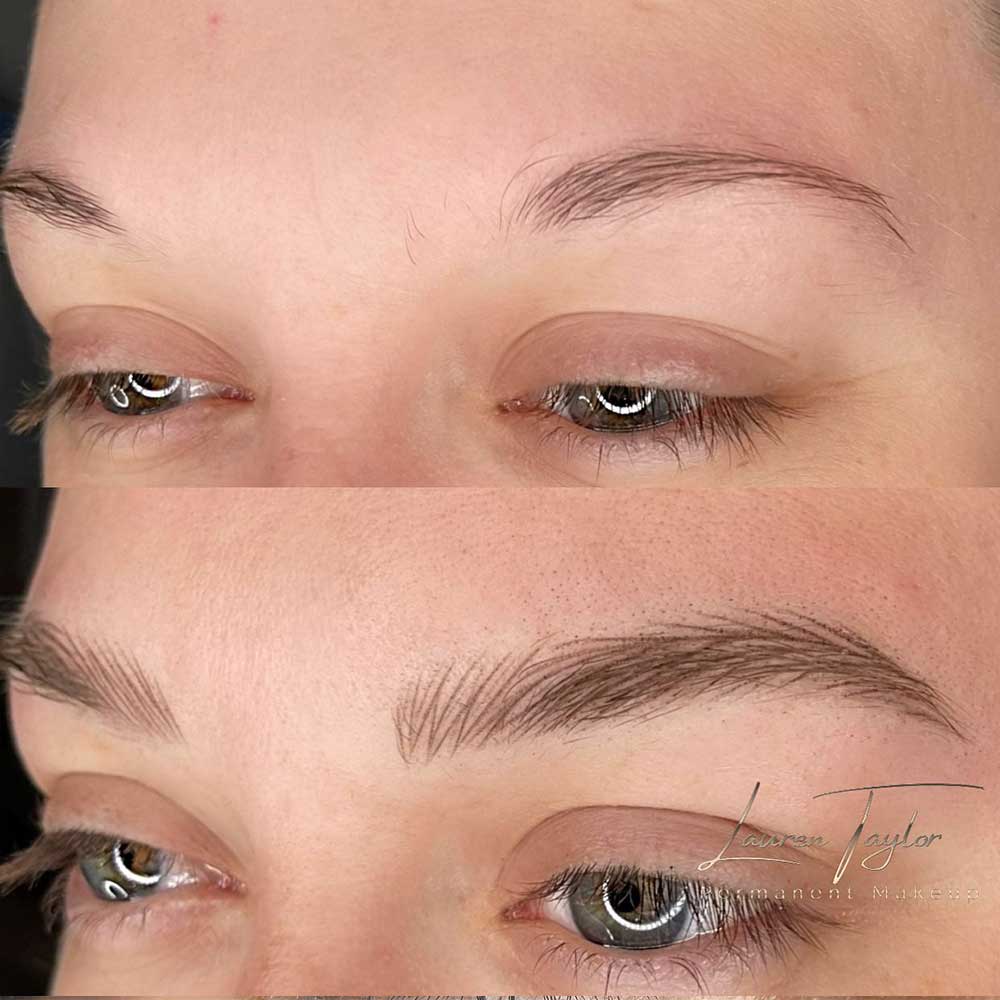 How Is It Different from Microblading?

The results of nanoblading eyebrows with a machine are similar to those of microblading, only more delicate and more realistic. Machine strokes are much thinner – they can even be thinner than those made with a nano blade.

The chance of blurring is much lower with machine strokes. They also tend to last longer.

For a more detailed description of nano brows, check out our guide.

While doing manual nanoblading requires no extra education if you’re already certified for microblading, machine nanoblading eyebrows is a totally different treatment, and you need to be trained specifically in that. Some say nano brows are harder to do than manual blading, since you need to master working with a machine.

So, Which Is Better?

We can’t really give a straight answer, since both nanoblading eyebrows manually and digitally have their advantages.

A definite plus for manual nanoblading is the fact that, if you have been trained in microblading, you don’t need extra training if you’re going to do manual nanoblading, since it’s exactly the same technique. But machine work is suitable for more clients, so getting certified for it will enable you to accept all those clients who aren’t good candidates for microblading.

One thing we can all agree on, though, is that the PMU industry would definitely benefit from harmonizing the names of the treatments! 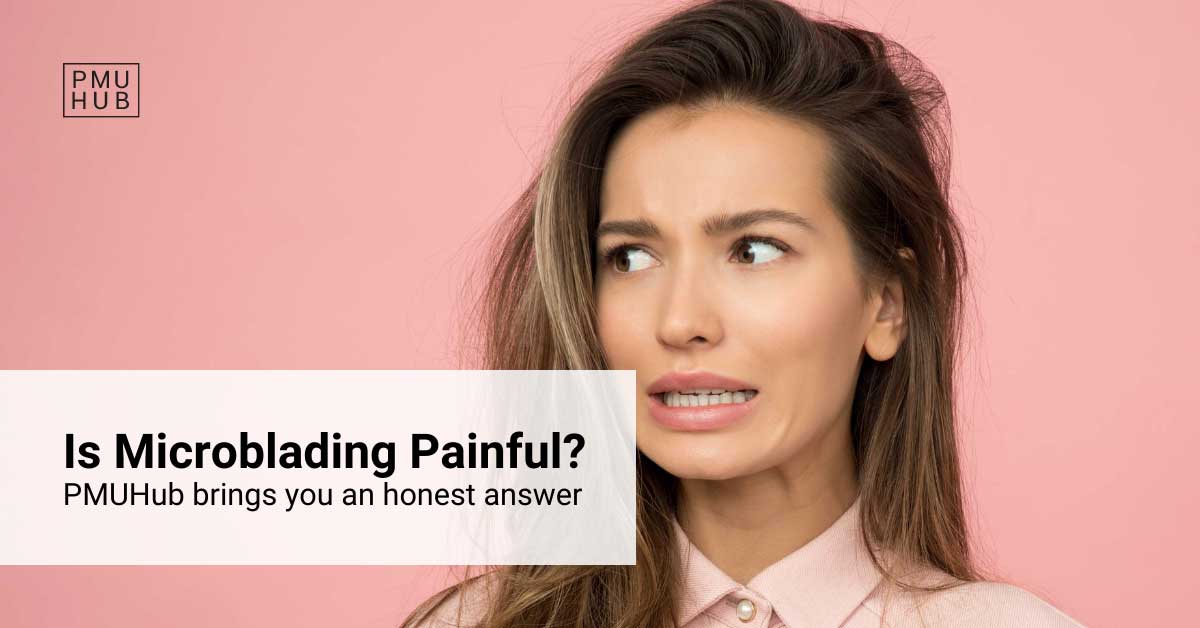 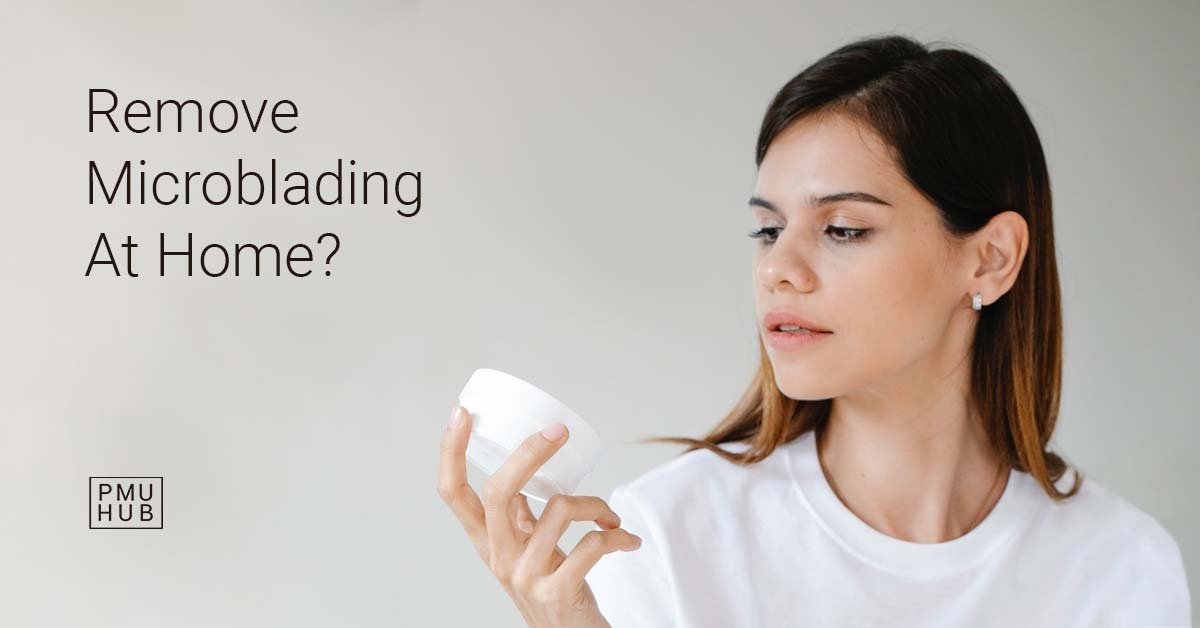 How to Remove Microblading Eyebrows at Home 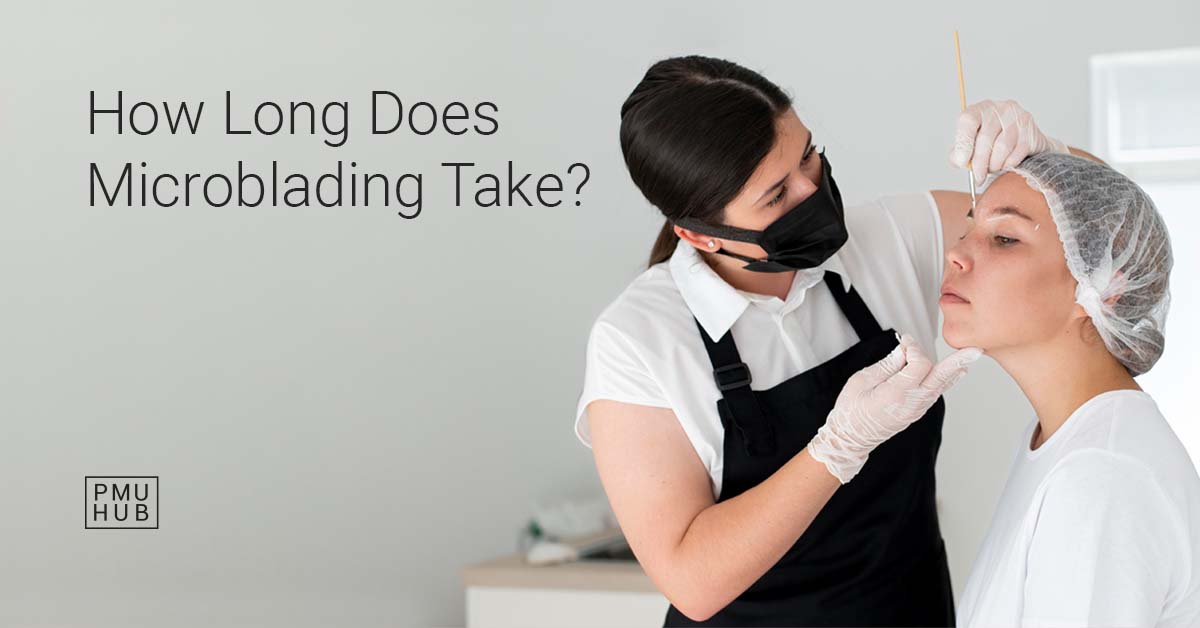 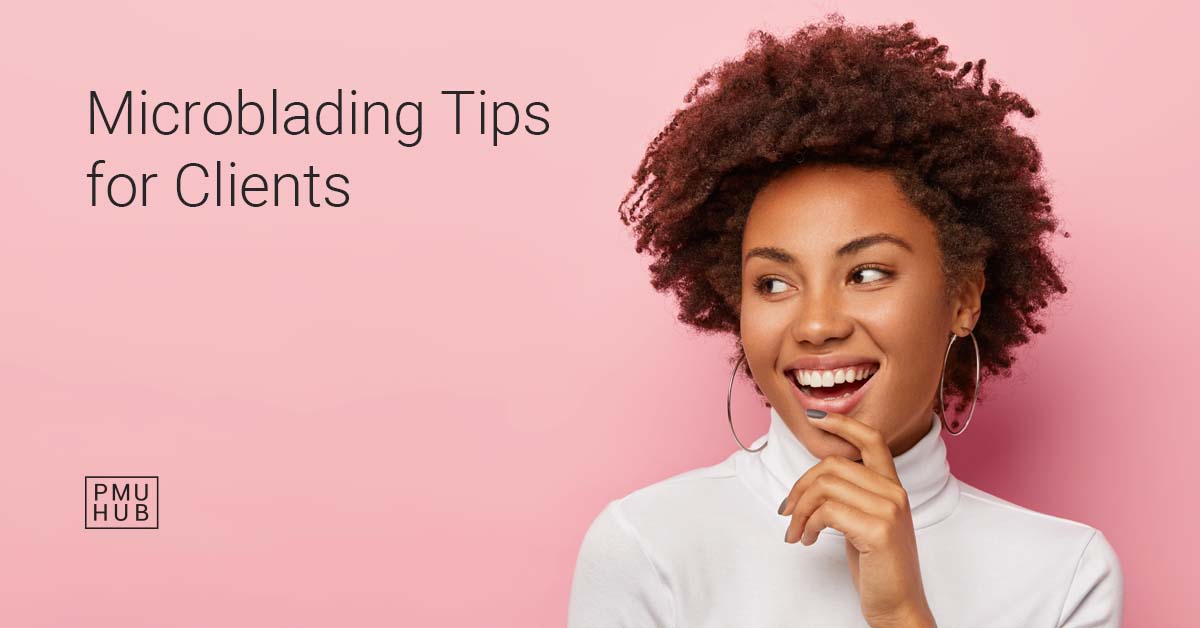 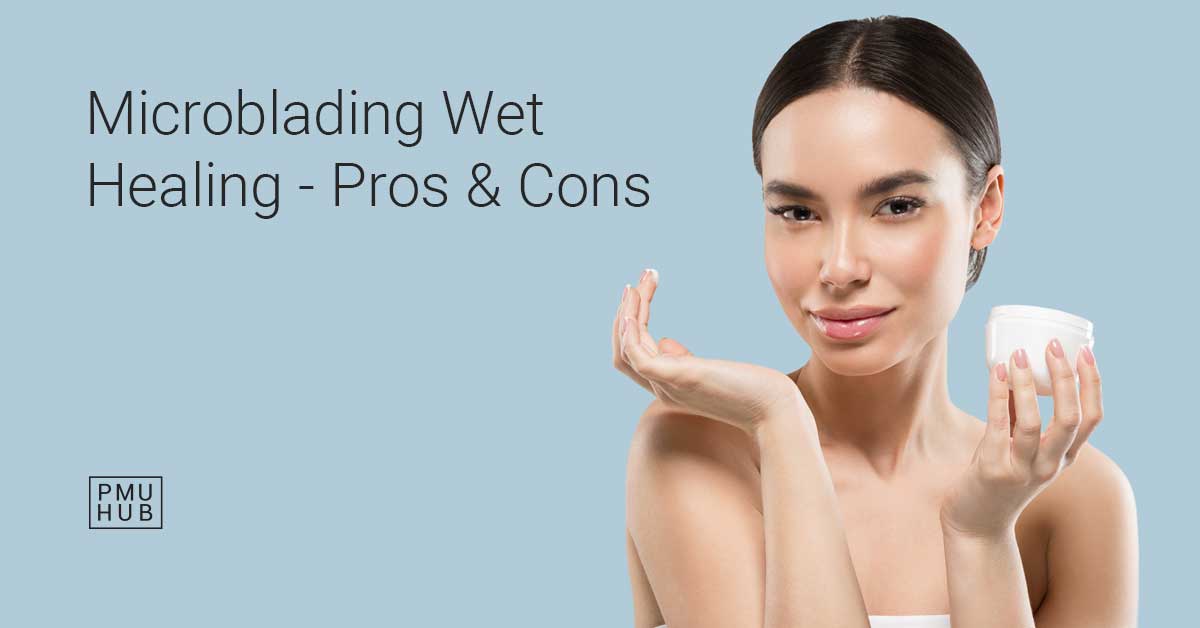 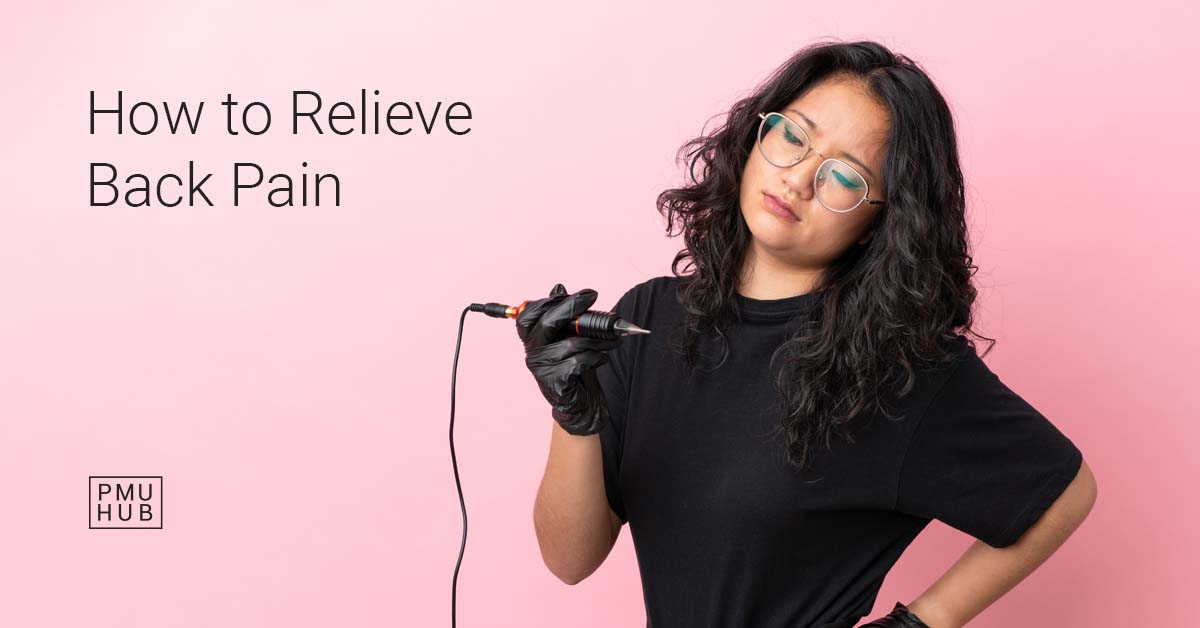 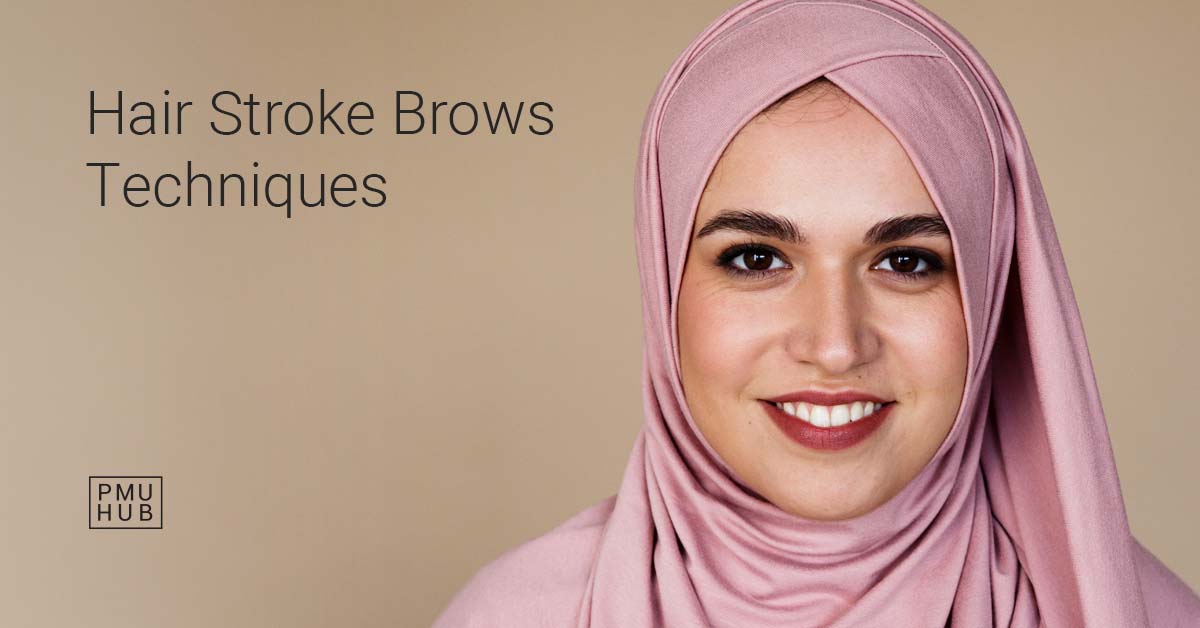 How to Achieve Hair Stroke Brows with PMU – Different Techniques 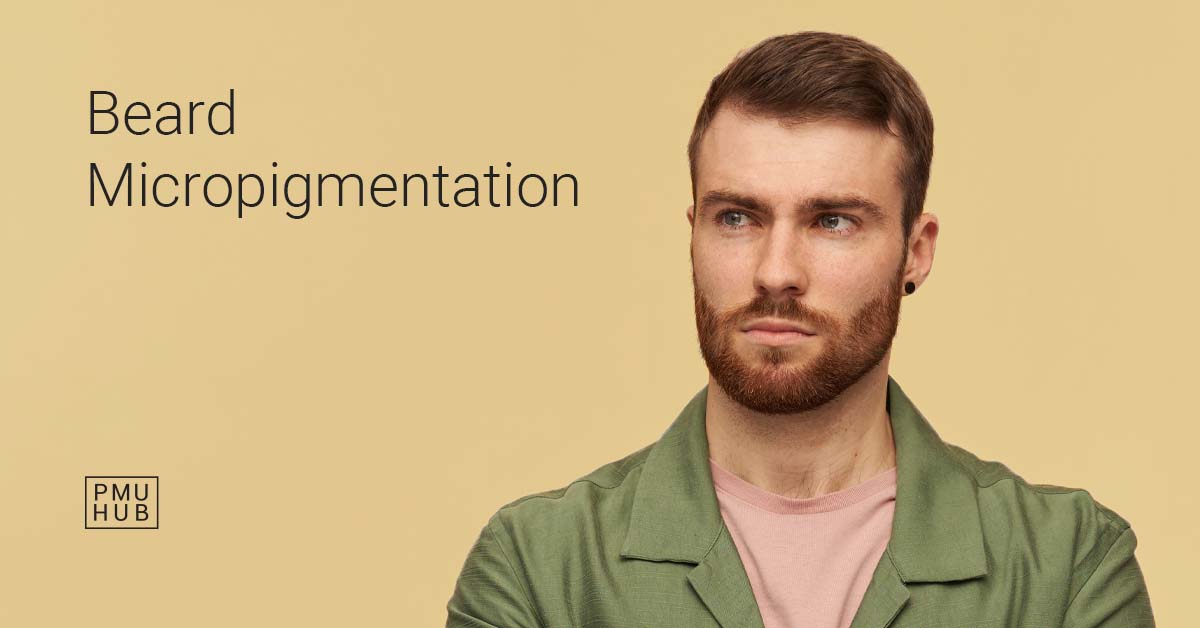 Beard Micropigmentation – What Is It and How’s It Done? 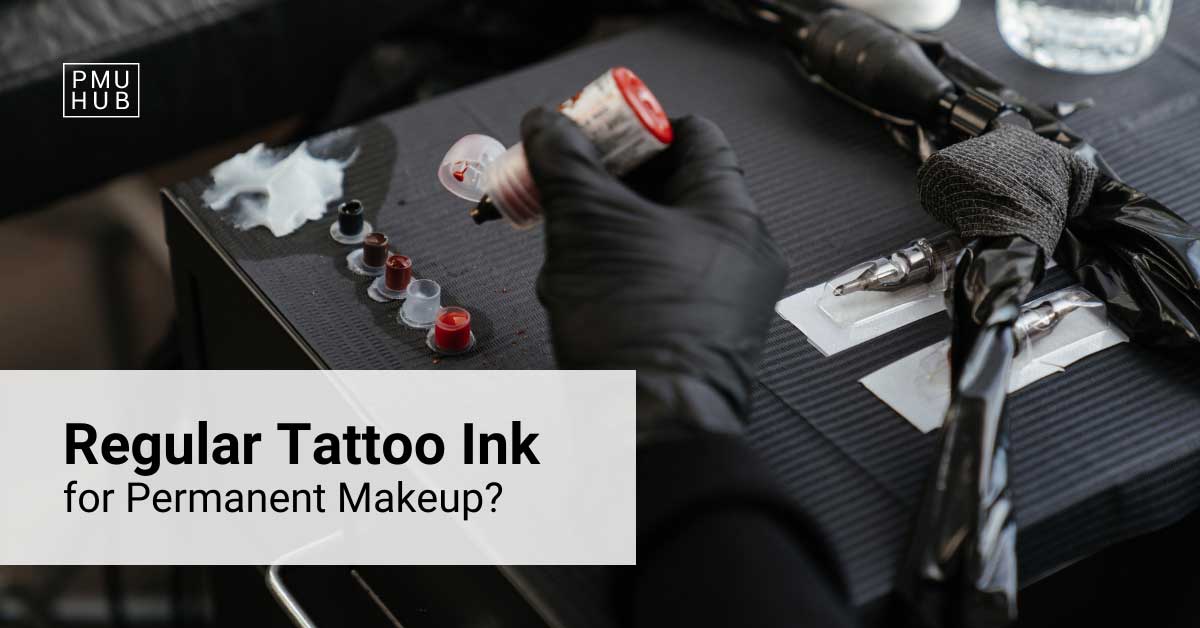 Can You Use Regular Tattoo Ink for Permanent Makeup? 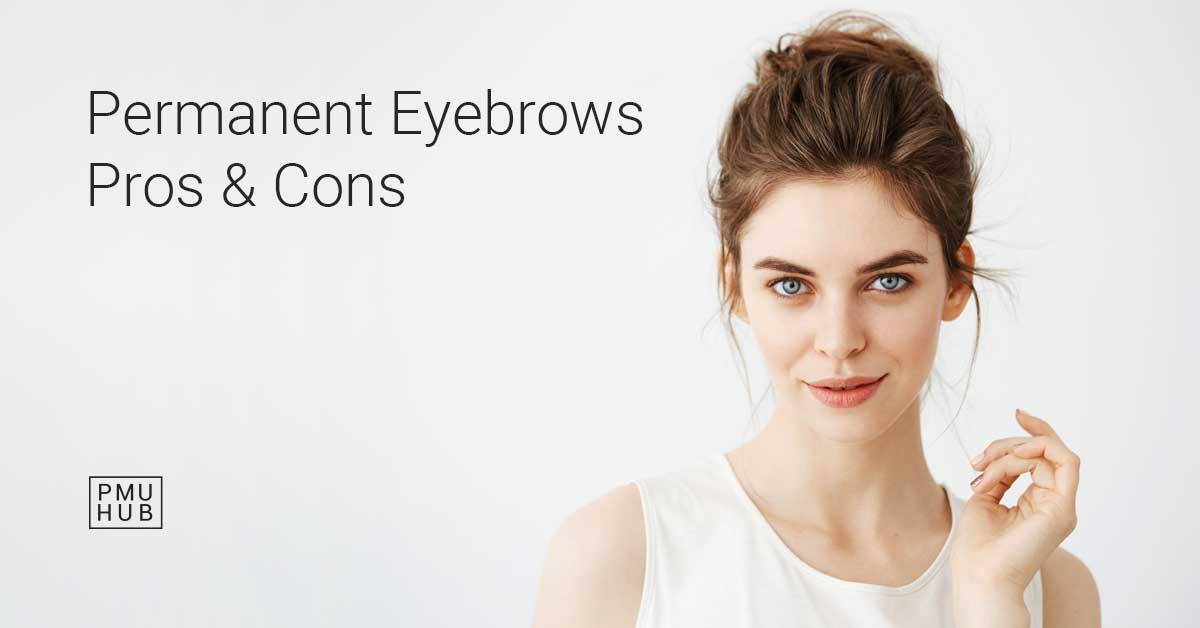