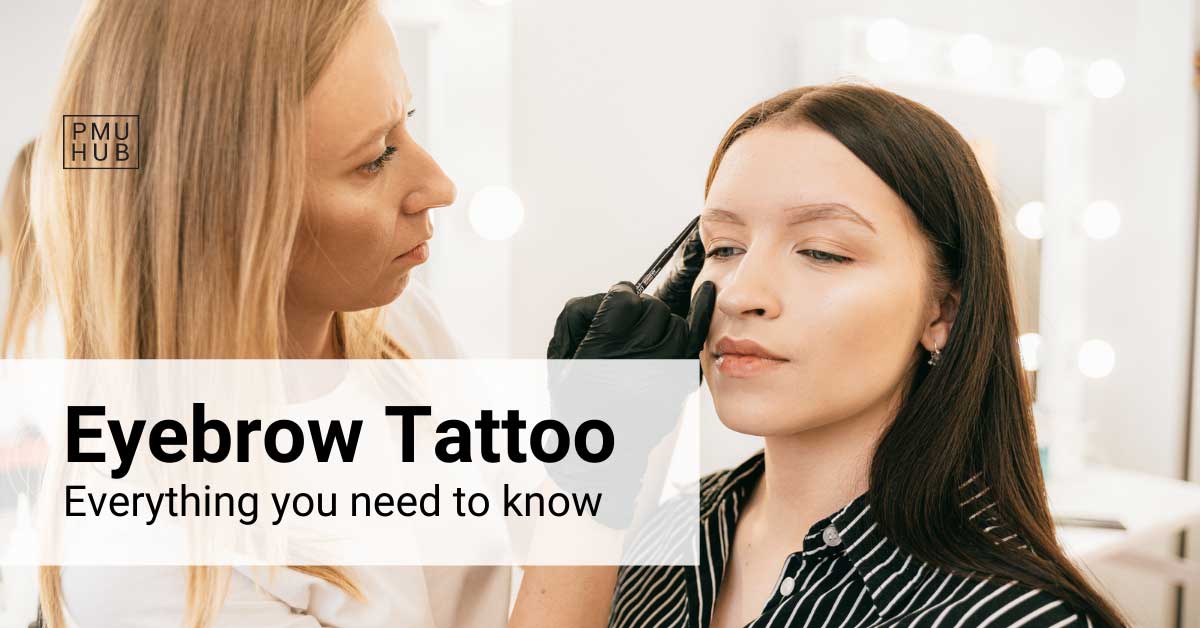 A popular way to shorten your morning routine and always look awesome is getting an eyebrows tattoo. Nowadays, tattooed eyebrows are not the same as traditional body tattoos. They are not permanent, different pigments are used and there are various options to choose from.

Let’s discuss the most common questions about eyebrow tattoos.

What is Eyebrow Tattoo?

The answer is simple – it is a tattoo on your brows, created to help those people with sparse, irregular, or no brows at all to get the look they desire.

We can make a distinction between a permanent and semi-permanent brow tattoo. 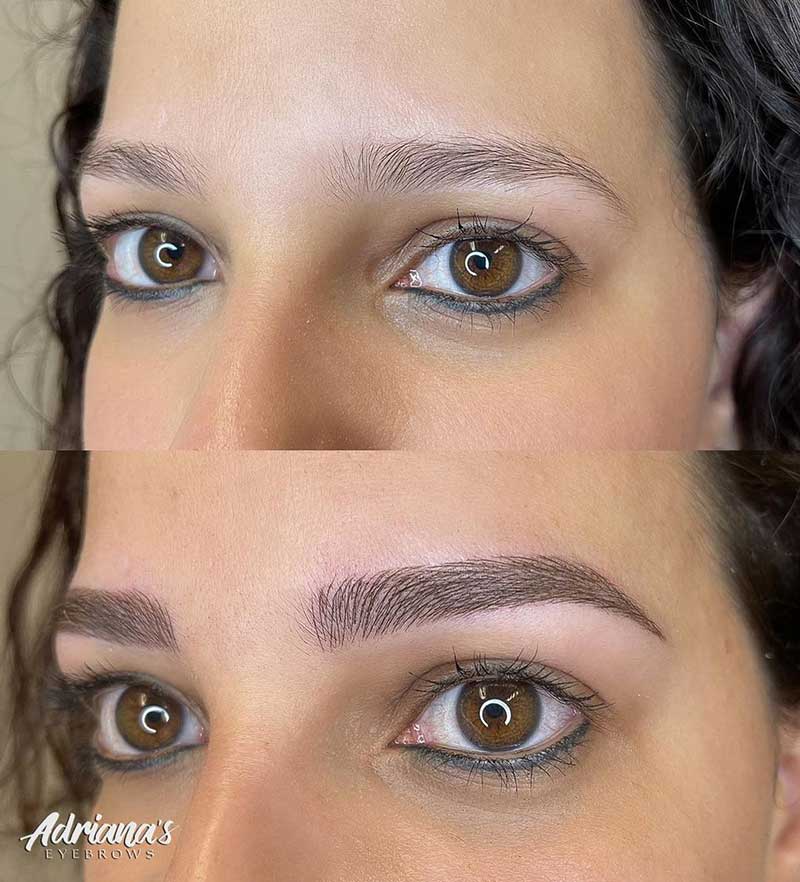 Done in a traditional way, with tattoo ink and a machine, it goes deep under the skin and stays there forever. Unfortunately, it usually changes color after a couple of years, especially if exposed to the sun.

This technique is rarely done anymore and is becoming completely replaced by semi-permanent eyebrow tattoos.

Body tattoo pigment binds to the iron molecules in our blood in our body and is meant to last a lifetime. The cosmetic pigment is meant to be broken down and absorbed by the body. It lasts only about 2 years, depending on skin type.

What Kind of Cosmetic Eyebrow Tattoo Treatments Are There?

New semi-permanent eyebrow tattoo treatments are constantly emerging, but microblading is still the most popular.

Here are the most popular eyebrows tattoos right now:

Imitates hair strokes, looks natural, and lasts up to 2 years, microblading is done with a hand tool. Different techniques have been developed to create feather and fluffy effect or to create hyperrealistic brows. Learn more about microblading here. 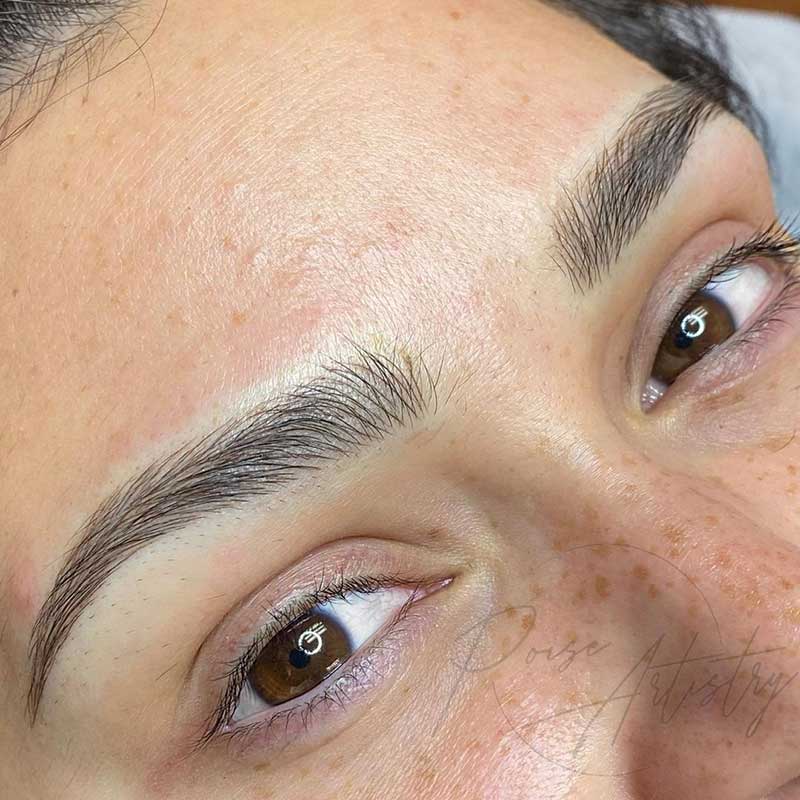 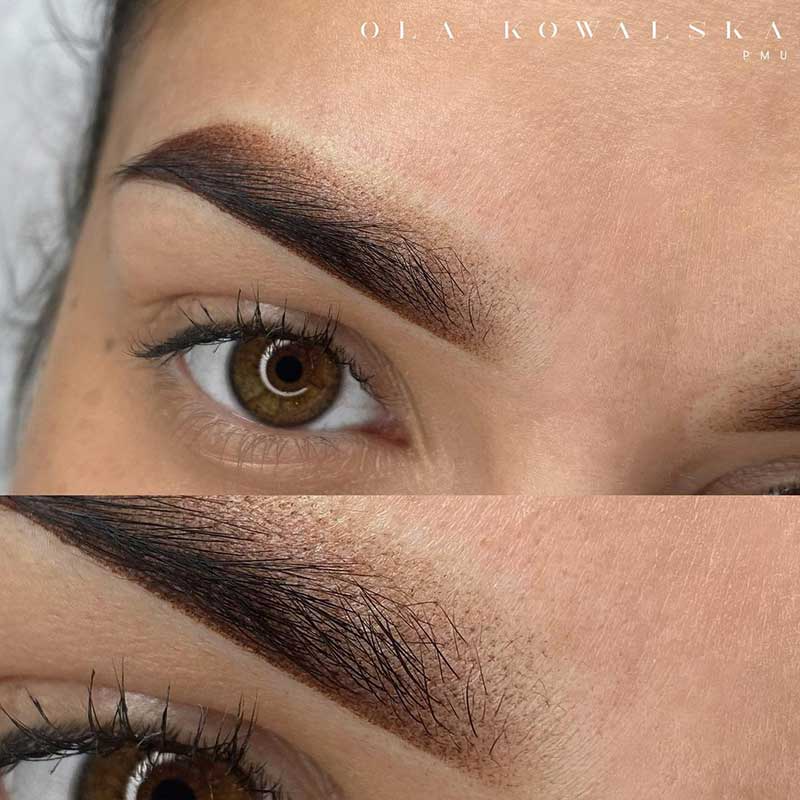 Similar to microblading, nano tattooed eyebrows are done with a machine but look natural because strokes are drawn instead of a shadow. They last approximately the same, if not longer than microblading. Learn more here. 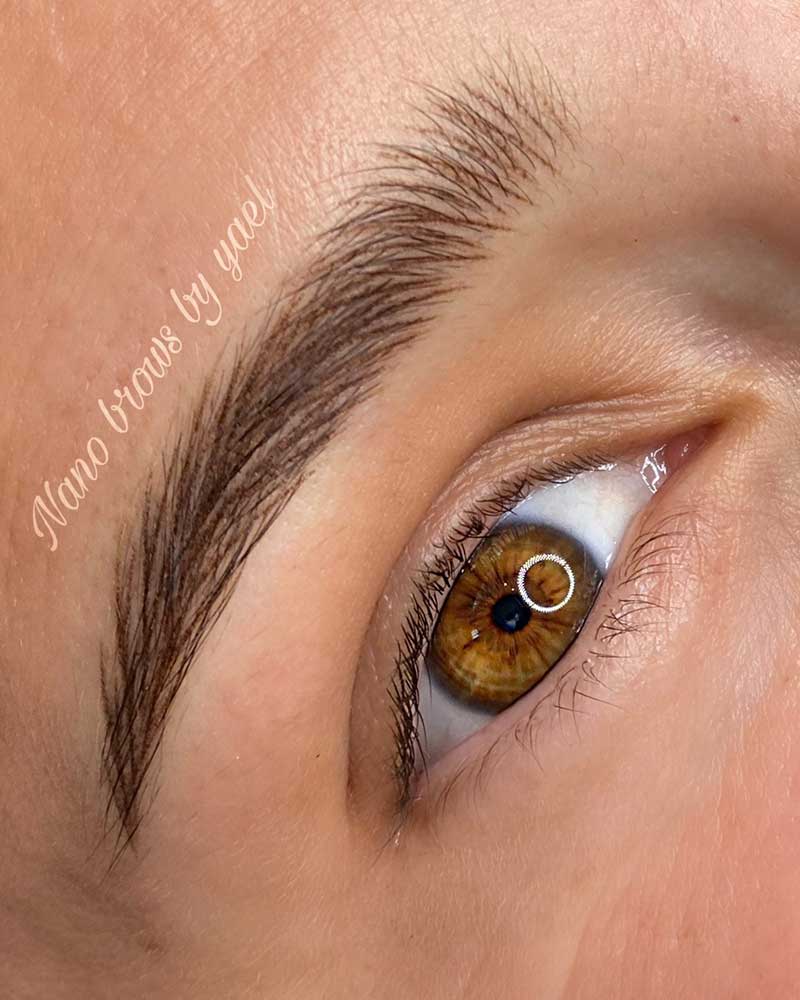 It is commonly added after microblading when a client asks for brows with the makeup effect, thus creating combo brows. This treatment uses a manual or electric tool with needles that make tiny, pin-like dots in a gradient pattern, creating a powdered effect. Learn more here. 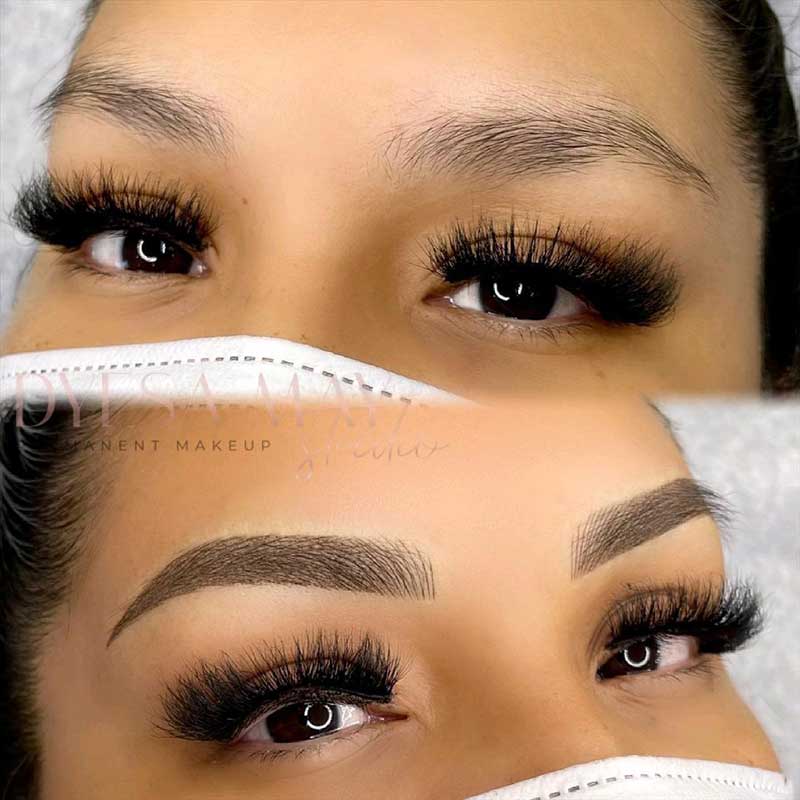 How Long Does Eyebrow Tattoo Last?

Semi-permanent tattoo eyebrows last up to 2 years. The longevity depends on many factors such as:

These can sometimes cause a brow tattoo to start fading sooner.

What Do I Need to Know Before the Tattoo Eyebrows Treatment?

If you plan to tattoo eyebrows, there are some things you should know before you book a treatment: 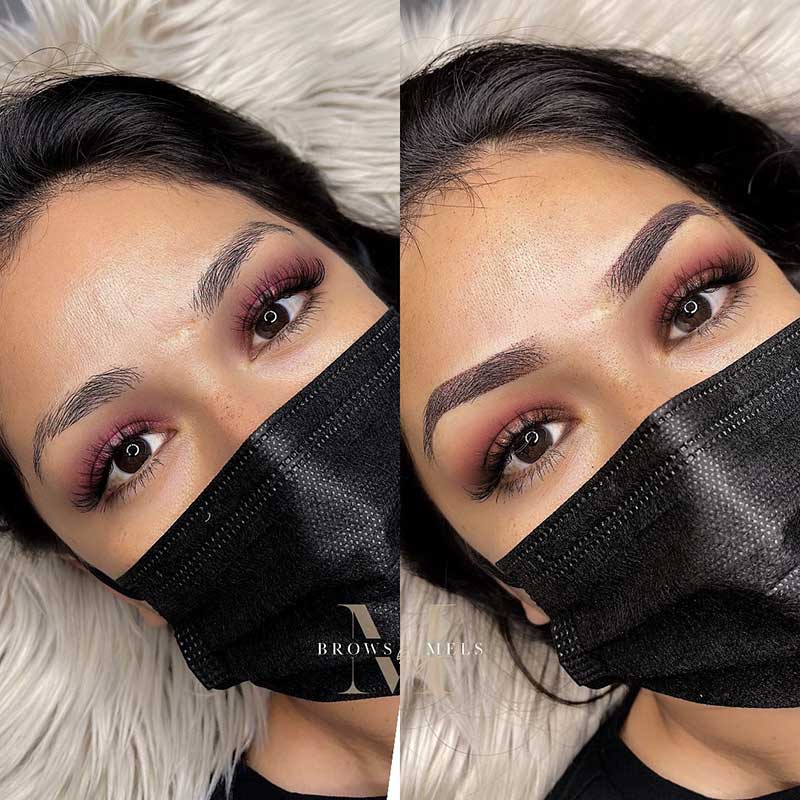 It depends on the sensitivity of your skin. Some people claim that is painful, some experience only slight discomfort, similar to plucking eyebrows. Brow tattoo artists use numbing cream to reduce the pain during the treatment.

What Are Potential Side Effects of Tattoo Eyebrows?

Getting an eyebrow tattoo is a pretty safe procedure, but it is important to find the right artist. Choosing an uncertified, undertrained and inexperienced artist can lead to infection, allergic reactions, and botched eyebrow tattoos.

How Much Does Eyebrow Tattoo Cost?

The average price of microblading and powder ombre eyebrow tattoo is similar, which is around $600.

Eyebrow tattoo price depends on the location, artist’s popularity and expertise, the price of the material used, etc.

Can I Remove My Tattooed Eyebrows?

Yes, there are different ways to remove a brow tattoo. Some of them are more expensive and require a couple of sessions, such as laser removal. It is used when a pigment is too saturated.

Other options include microneedling, chemical solutions, saline removal. If you are unhappy with the results, contact another artist to recommend what kind of removal is the best for you.

Eyebrow Tattoo – Why Should I do It?

The advantages of getting tattooed eyebrows are numerous, but the most important one is that they improve how you look and feel about yourself. They are low-maintenance, water-resistant, and look natural and realistic.